MMPs (matrix metalloproteinases) are key enzymes in the degradation of the extracellular matrix. Activation of MMPs plays a central role in chronic inflammatory diseases such as rheumatoid arthritis, an autoimmune disease characterized by hyperplasia of the synovium * (joint lining) and progressive joint destruction. MMP-1 and MMP-3 are produced by connective tissue cells (fibroblasts) in the synovium.

Inflammatory cytokines, particularly IL-1β (interleukin-1beta) and TNF-α (tumor necrosis factor-alpha), precautions rheumatics damage the joints by increasing local production and activity of MMPs and chemokines. In an in vitro study with synovial fibroblasts from rheumatoid arthritis patients, researchers concluded that cordycepine, a major constituent of Cordyceps Sinensis, IL-1β stimulated the production of MMP-1, MMP3 and chemokines inhibits strongly and dose-dependent.

Cordyceps Sinensis Treatment for Illness of the Liver and Kidneys

Cordyceps Sinensis stimulates the liver (including assistance to detoxification processes), supports the immune system in fighting (viral) liver infections and inhibits operative changes in the liver (fibrosis, cirrhosis). The medicinal mushroom is often (complementary) used in China for the treatment of liver diseases such as hepatitis A, B and C, liver fibrosis and cirrhosis. In a clinical study where a blend of medicinal mushrooms such as Cordyceps were used to measure effectiveness of the antiviral drug lamivudine in the treatment of hepatitis B, it helped significantly. In another study, liver tests improved the health of all 22 subjects with liver cirrhosis (hepatitis) after three months of 6 to 9 grams of Cordyceps ingestd daily.

Cordyceps Sinensis is used in Asian countries to treat kidney disease. The fungus protects the kidneys from damage (drug induced) oxidative stress and inflammation and deterioration of kidney functions. In several human studies involving patients with renal failure, the efficacy of Cordyceps was investigated. The longest duration (10-12 months) used the test subjects 3 to 5 grams of Cordyceps per day, resulting in significant improvement of renal function.
Cordyceps Sinensis treatment for Respiratory Illness

Cordyceps is used in TCM within the various symptoms and diseases of the airways such as coughing, mucus production, shortness of breath, asthma and COPD. Research is needed to determine the effectiveness of Cordyceps to better identify these indications.

There is much experimental evidence from in vitro studies and animal studies that Cordyceps Sinensis an inhibitory effect on the onset and progression of cancer, especially polysaccharides in Cordyceps have a strong anti-cancer activity, partly by strong activation of the immune. * Also sterols and adenosine in Cordyceps have antitumor activity. The medicinal mushroom in countries like Japan, Korea and China by cancer chemotherapy or radiation in addition to frequently used for side effects of conventional treatments such as immunosuppression and the combat effectiveness of cancer therapy to increase.

It is not yet clear how Cordyceps inhibits cancer cell growth. Scientific evidence suggests that several factors:

Cordyceps Sinensis supplementation inhibits the modulation of the immune rejection of transplanted organs and tissues (heart, kidney, skin,). This has been demonstrated in experimental animal research. Acute rejection of organ and tissue transplants can be successfully suppressed with cyclosporin A. Cyclosporin A inhibits the activity of certain inflammatory cells (CD4 + T-cells) that are largely responsible for acute rejection, other inflammatory cells (CD8 + T cells) play a modest role in acute rejection. After some years, many transplants, despite the use of cyclosporin A, yet repelled due to allograft vasculopathy (degenerative changes of the blood vessels in the graft) caused by CD8 + T cells. After three years in 75% of cases clear allograft vasculopathy occurred after 10 years in 90% of cases. Cordyceps Sinensis is able (in vitro) the activity of CD8 + T cells and significantly inhibit (in vivo) allograft vasculopathy counter transplanted organ or tissue making it more “life”. 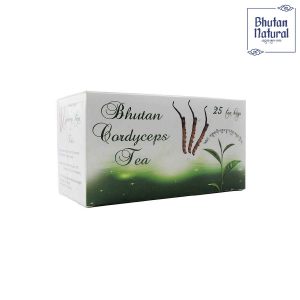 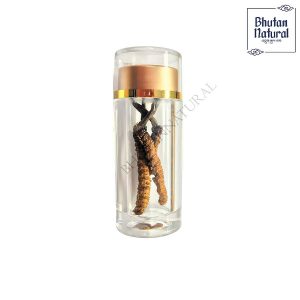